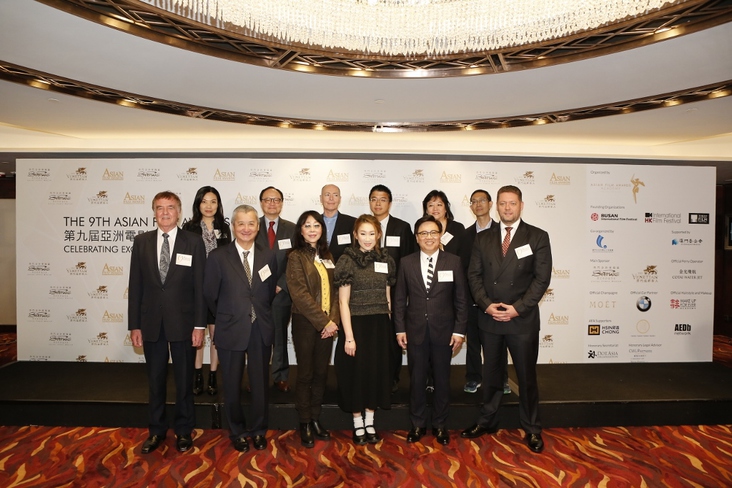 In a parallel announcement, the AFAA revealed that internationally acclaimed film director and producer Ms. Mabel CHEUNG Yuen-ting has been appointed as this year's AFA Jury President, while established leading man Mr. Aaron KWOK Fu-shing will serve as a Celebrity Jury member.

The AFA Jury comprises 14 respected film industry professionals and critics who will select outstanding Asian works of the year to be recognized by one of the most prestigious film awards in the world today. From Japan, Mr. Kenji Ishizaka, the programming director of 'Asian Future' section of Tokyo International Film Festival, and Mr. Tetsuya Bessho, actor and founder of the Short Shorts Film Festival & Asia, will serve as Jury members.

Sponsored by Sands Resorts Cotai Strip Macao and The Venetian® Macao and with Cotai Water Jet as the Official Ferry Operator, the 9th Asian Film Awards will be held at The Venetian Theatre, one of the region's most luxurious entertainment venues, on March 25, 2015 (Wednesday).